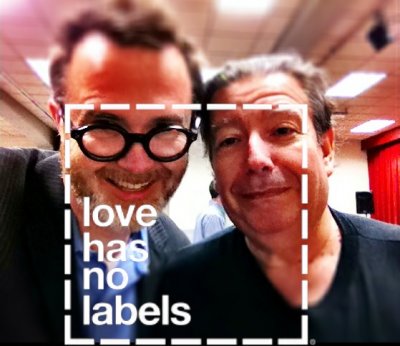 Those who try to critique the Benedict Option without having read the whole thing often labor under the misconception that Rod Dreher has a coherent position. This is a straw man. Confusion is the method for Rod Dreher. The real problem is that the Benedict Option is an awful sloppy mess dressed up as a serious book about a deadly serious crisis.

If you already hate Dreher, you should read the whole thing, because it will confirm all of your worst suspicions about him. Anyone who went to a real Catholic school can make mincemeat out of it. The idiocy is breathtaking. Instead of a dialectic tension he just blithely takes opposite positions. Sometimes in the same paragraph.

The most charitable possible reading is that he wants some kind of balance between Christian exile and Christian engagement, which he is completely confused about. The various projects he mentions would work out to an ultra-ecumenical version of the fundamentalist project with a heavy rebranding of local, sustainable, holistic, organic, subcultural, and with holiness and monasticism. The ecumenicism is fashionable, but if Christian history is any guide, it would be a disaster area in practice, and the strategy that failed for the fundamentalists will fail just the same locally and organically with monasticism.

Exile means leaving. “Exile in place” means emoting about exile and having your Happy Meal too. If you are leaving, that means you won’t be having any engagement, because you are leaving. The whole point of leaving is to escape, because there is something to escape from. Because the Faustian Soul of European Man is a trans-fatty passed out naked on the floor of a filthy McDonald’s bathroom with a blue tooth enabled sex toy stuck up its ass. America is a meaningless nightmare and furrykin petsex is the new normal. Sorry, but it is time to go.

Rod Dreher wants a monasticism of the Starbucks as the postmodern abyss gives way to post human abyss. That isn’t going to work. Losing your children to Elvis was one thing. Losing them to the trans-furry liberation army is another. The God of America is a satanic clown who raped your child with a Happy Meal. You have to choose between becoming the Church of the martyrs and getting your free refill.

A less charitable reading is that this is consumerism, so of course you can have a double cheeseburger and some fries and a chocolate shake. You can have exile and engage prudently in politics while you build thriving subcultures rather than engaging in politics. You can raise your kids in a monastery. The end result is really just an all you can eat buffet of Tradical emoting. This is advertising and the Benedict Option is a New Age self-help book for Trad Bobos. The only thing that is interesting about it is Dreher’s strange theology.

Underneath the heap of confused metaphors, and in a Romish language thick with smells and bells, is a very traditional American Protestant narrative, but with the Apocalypse cut off. Indeed the Old Testament God of fire and brimstone, the Antichrist and the scorching flames of hell and the wrath to come have all been removed. What is left is the familiar evangelical-televangelist view of the world submerged in a flood of darkness and secular humanism, with a saving remnant of the church as the last desperate ark, but the fervent hope for the return of Christ in his conquering glory is nowhere to be found. Instead this exile church faces a new dark age of terror and persecution lasting for centuries. But don’t worry or do anything weird like quit your job, because this can all be solved with hands-on localism and organic with sustainability in the community.

The separation of the Old Testament God from the New, the view of the world as ruled by a menacing darkness, the abyss between God and the world, the myth of Exile, the obsession with monasticism and asceticism, and the antinomian attitude towards church authority, could together have earned Rod Dreher a trip to the burning stake in a less tolerant age.

This is Bogomilism for Bobos, a Gnostic mystery of whole foods marketing slogans.

For those who can’t stomach actually reading a 180 page long Dreher-post, a short summary:

Christians in the west are facing a thousand year gay flood. The swift and relentless currents of hot gay sex have overwhelmed our flimsy barriers. The light of Christianity is flickering out. The jackbooted trannies are coming to take our children away. The gaywaters are upon us – and we are not ready.

Nobody but stupid old Religious Right conservatives believe this culture revolution can be turned back, so instead we need to become a counter-cultural revolution. The gay wave cannot be stopped, only ridden. Could it be that the best way to fight is to stop fighting? That is, rather than wasting energy fighting unwinnable political battles, we should instead work on building communities, institutions, and networks of resistance, so that we can fight unwinnable political battles.

Fear not! I have skimmed a few Wikipedia entries about Christian history and discovered that we have been here before. We are the church of the martyrs, living under Roman persecution in the terrible darkness after the fall of the Roman Empire, being thrown to the hot gay lions by the merciless Communist regime. To survive we need to go into exile in order to rebrand the failed cultural politics of the Religious Right as something counter-cultural, organic, artisanal, and SWPL friendly.

The fall of Rome didn’t lead to anarchy, but the shattering of society unleashed chaos and bloodshed and poverty. A young Christian Entrepreneur named Benedict founded monasteries to save Europe from the terrible dark ages when man lived in perfect sacred alignment with God. The enchanted medieval worldview came from Plato and Aristotle, but it was destroyed by the rebirth of the classical spirit of ancient Greece and Rome during the Renaissance.

The medieval world was pregnant with meaning until Nominalism gave it an abortion, Luther split the church, and people had new ideas. This led to the industrial sex revolution and hippies took everything over. When you light a joint, it casts a shadow. The shadow of the hippies has engulfed the west in hot gay sex and plunged us into a new dark age. There is no way through this except to steal the joint and become the hippie.

What was Benedict’s rule? The rule was a guide for monks and nuns that was written not for the clergy but the laymen. You see Benedict’s rule was simply a training manual for the soul that is a guide to living in Christian community that is a detailed set of instructions for how to organize and govern a monastery. The rule is not the Gospel, it is an instruction manual for Jesus. Writing a whole book about a rule you don’t understand is difficult, but this is part of learning to submit to Rod.

The Benedict option calls for a new Christian politics that grows out of powerlessness and is against politics. The concept is hard to grasp because it doesn’t make any sense. This is how it should be. Once we stop thinking of politics as politics, we see endless opportunities for innovative sacred entrepreneurialism in our local communities. Localism is next to godliness, because all godliness is local.

While we live in exile from the world we cannot afford to vacate the public square, but rather we must exercise political power prudently and with wisdom and subtlety while we build thriving subcultures rather than engaging in worldly politics. The rule teaches us to live apart from the worldly world with its ungodly worldliness by engaging in hands on localism in our local communities that is fresh, organic, sustainable, and other marketing adjectives. Also, it should be radically local.

Bullshit – the modern name for what I am peddling – is most easily sold to Americans on the basis of a completely imaginary past. You can’t go back to the past, but you can make it up. And the nonsense I make up about the Christian past, I am confident, is a highly marketable product.