Assad will most likely have carte blanche for the complete liberation of Northern Hama +  parts of Idlib by purely surgical means. 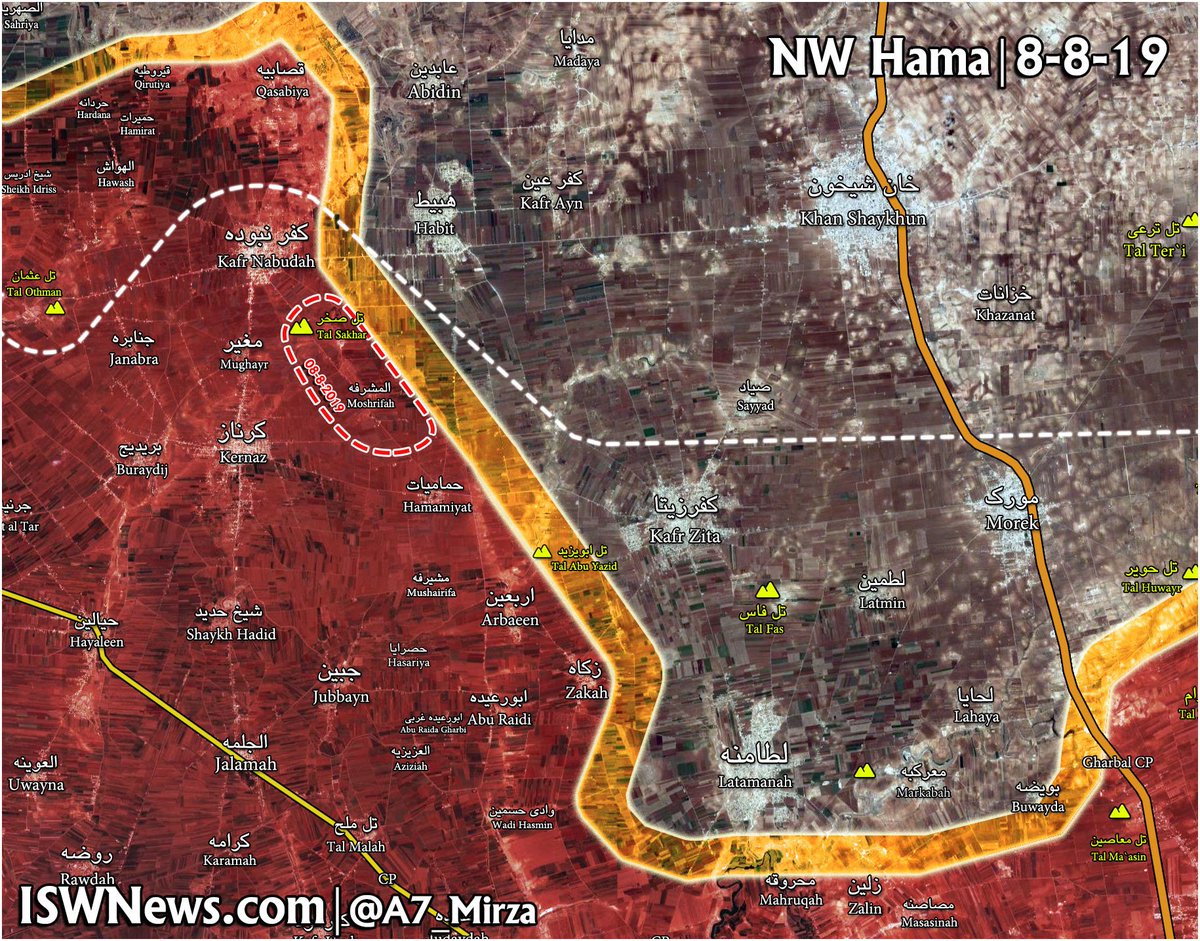 Cheerfully today. Following Al-Arbaeen and Zakah, the militants were squeezed out of Tal-Sakhar from an important height, which impeded operations in the direction of Al-Habit and Khan Sheykhun. In June, the Syrians tried to take it, but after suffering serious losses, they were forced to retreat. In addition, based on this height, the militants made several attempts to advance towards Kernaz, Hamamiyat and Kafr Nabuda during the summer.

Now, the SAA has excellent opportunities for moving north from Kafr Zita towards the Khan-Sheykhun-Morek road.

As before, the key to success was the intensive air bombardment campaign, which actually disorganized the main line of defense of the militants, which is why the front in the western part of the El Latamanah ledge simply crumbles before our eyes. The operational situation for the militants is deteriorating every day, and if there are no sudden ceasefires, then in the next couple of weeks the El Latamanah ledge may cease to exist.

Considering that the Turkish army’s operation against the Kurds is planned in the coming weeks (the United States has already agreed to withdraw troops from the border with Turkey and actually donate part of the Kurdish territories), Assad will most likely have carte blanche for the complete liberation of Northern Hama +  parts of Idlib by purely surgical means. 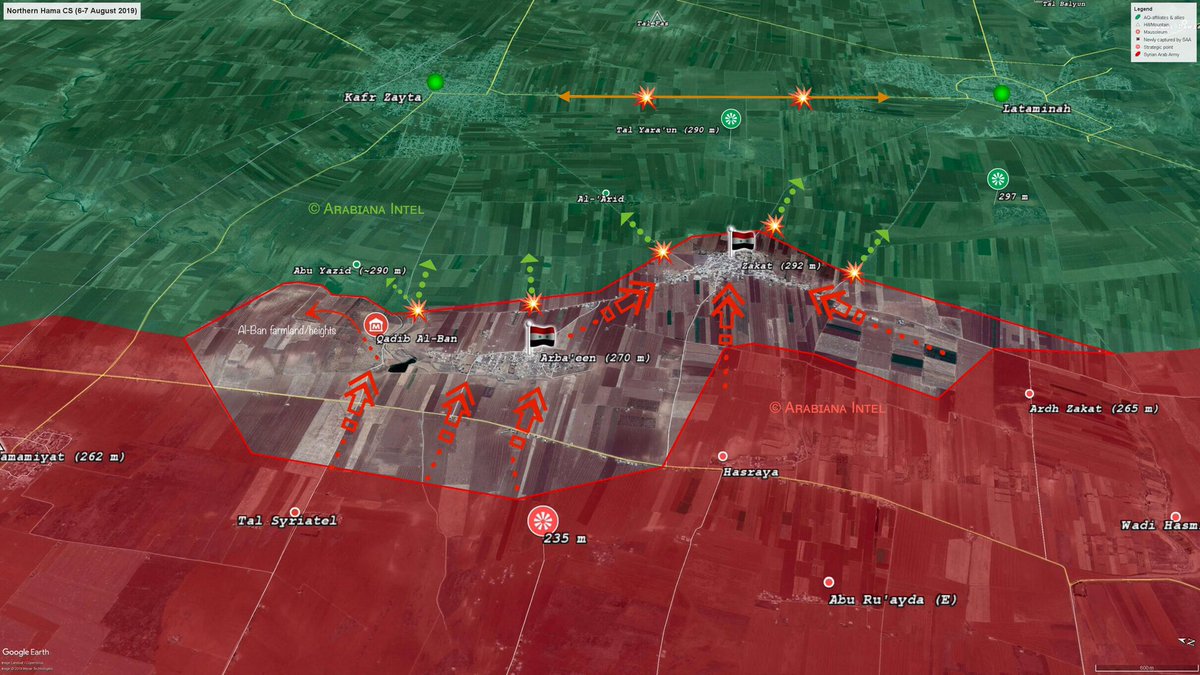